Museum in a Million fundraising success 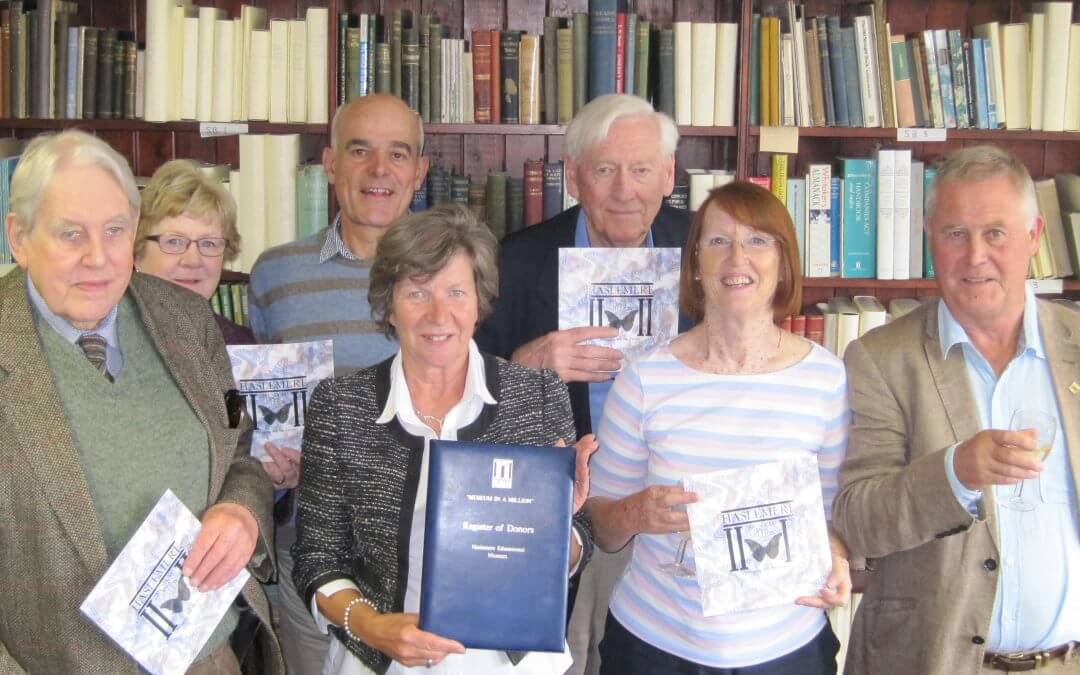 Thanks to an overwhelming public response, a major fundraising campaign undertaken at Haslemere Museum over the past four years has successfully raised over £1.3 million.

The ‘Museum in a Million’ appeal was officially launched on 22nd February 2013 during the Museum’s 125th anniversary year.  More than 220 guests attended an evening reception where distinguished patron Baroness Bottomley of Nettlestone outlined the aim of the appeal which was to create an endowment fund of at least one million pounds to ensure the Museum’s independence and survival for future generations.

The campaign was supported by individual donations and bequests by benefactors, as well as a range of fundraising events to appeal to the Museum’s variety of visitors.  The events included talks, demonstrations, tennis, golf, afternoon tea and bridge, a classic car day, branded goods and auctions.  The names of those who have contributed to the Museum in a Million appeal have been recorded in a leather-bound Benefactors Book which will be treasured as a piece of the Museum’s history.

Julia Tanner, Museum curator said “In 2015 we hosted a celebratory event at the Museum to mark the mid-way point of the appeal and patrons including Sir Vernon Ellis, Philip Jackson and MP for South West Surrey and Secretary of State for Health, Jeremy Hunt turned out in force to support us.  At that stage, we had almost reached our target which is a fantastic achievement.”

In the final year of fundraising, the Museum has now raised a staggering £1.3 million exceeding their target which is complete testimony to the generosity of many supporters.  This vital fund will now help pay for the day to day running costs of the Museum and to keep it at the forefront as a centre of excellence for another 125 years.

Melanie Odell, Chairman of the Museum added “The Museum is most fortunate to have the support of so many for the ‘Museum in a Million’ campaign and we are delighted to have reached our goal of more than £1,000,000. As an independent Museum, the endowment fund will help us bridge the financial gap between income and expenditure and ensure that the Museum may be enjoyed by future generations.  Our Benefactors Book is full of donors both local and from further afield and we would like to thank all those who contributed to this essential fund.”

Although the fundraising campaign has drawn to a close, the Museum still needs your support.  As an independent registered charity, the Museum is responsible for raising all its own funds and relies entirely on donations, bequests, sponsorship, and hire fees to keep going.

Corporate membership is a fantastic opportunity for businesses to engage with and directly support the Museum whilst enjoying exclusive benefits.  The scheme allows you to get behind-the-scenes and discover more, entertain clients at the Museum and to promote your business through unique sponsorship opportunities.

Haslemere Museum prides itself in engaging with all sectors of the community and the corporate membership scheme is an ideal way for businesses to help support the Museum and secure its future.
If you are interested in becoming a Corporate Member or would like more information regarding corporate opportunities, please contact 01428 642112 or email: office@haslemeremuseum.co.uk