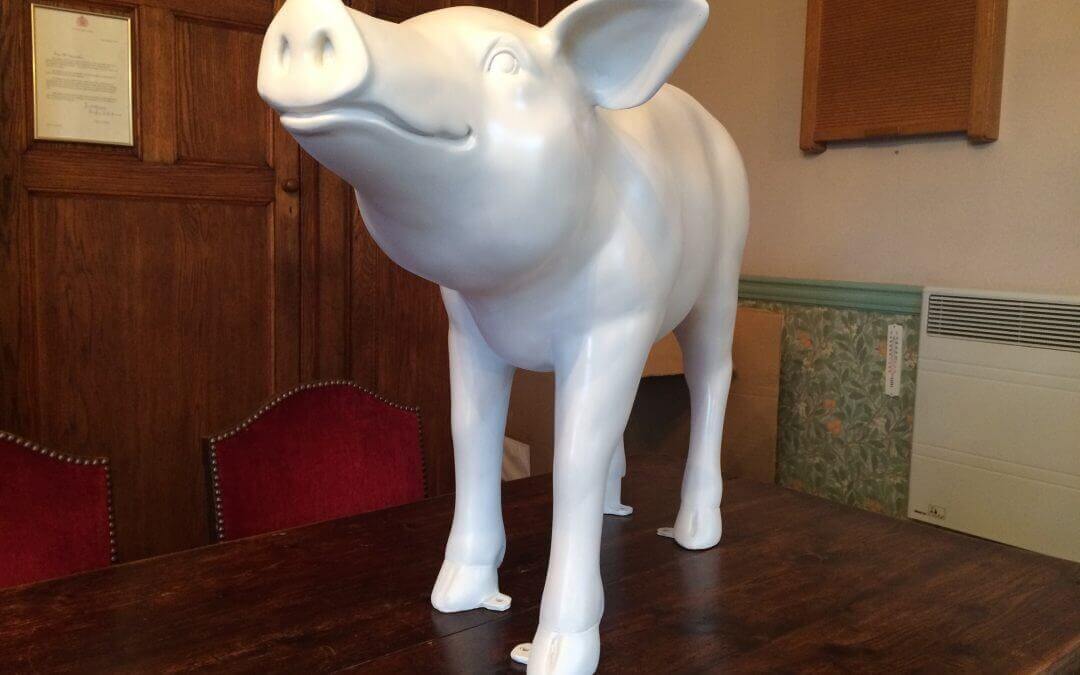 A local retailer’s idea to celebrate his shop’s 60th anniversary is evolving into a plan for a major annual Haslemere arts event and charity fund-raiser.

The plan – still at an early stage – were unveiled in the Town Hall to leaders of the Town Council, Haslemere Chamber and Haslemere Fringe.

Former Mayor and past President of the Chamber, Brian Howard says the starting point was a desire to mark the diamond anniversary of Marley Flowers, the business he acquired 44 years ago.

He says: “Many Haslemere buildings have interesting ‘ledges’ and I felt many of these could be ideal for a an outdoor art display.”

The outline plan presented last night incorporates these and many other potential locations to display ‘Haslemere Hogs’ – sponsored by local businesses, other organisations and individuals and decorated by top artists with, perhaps, a few celebrities too.

The display will be the focus of a campaign to attract visitors to Haslemere. Finally, the colourful hogs will be auctioned, with proceeds going to the Mayor’s charities.

Different species would be used each year.

Chamber President David Goddin says: “In principle, this is a great idea for Haslemere. I can see good potential for increasing footfall in the town, Wey Hill and other retail nodes, with significant benefits for the local economy. It is also a determined effort to support worthy causes.

“The Chamber will give this project its full support.”

Details of the project, including costs, artists, marketing activities and other matters have still to be finalised.

However, at this stage it would be useful if people willing to sponsor a Haslemere Hog (estimated cost £180 before painting) for display at their premises – or elsewhere – could indicate their interest as soon as possible.