End of the line for uneconomic payphones? 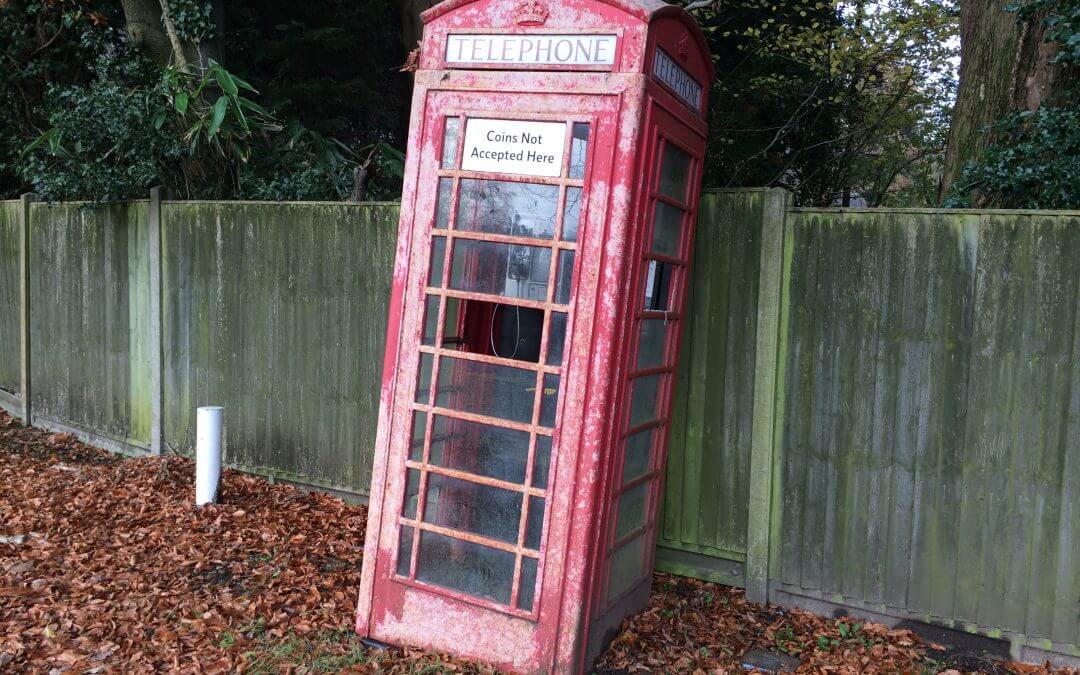 Six public telephones in Haslemere could soon disappear as part of BT’s proposed cull of 46 uneconomic phone boxes across Waverley.

Waverley Borough Council has announced a public consultation on the proposal , and has invited comments from Chamber members and borough residents by 16 December.

BT wants to remove the payphones because they are infrequently used and expensive to maintain.

Figures released by BT show that only the three of the six uneconomic payphones in Haslemere have been used in the past 12 months. The two busiest were Wey Hill (161 calls) and Lion Lane (78).

Nobody has used the leaning phone box of Critchmere Hill (pictured) in the past year.

Borough-wide, 35 payphones saw fewer than 10 calls – 13 had no outgoing calls.

WBC says it wants to find out whether residents are for or against removal of the payphones – or whether anyone want to ‘adopt’ a traditional red phone box.

For more details on the BT proposal and how to participate in the public consultation, please click HERE