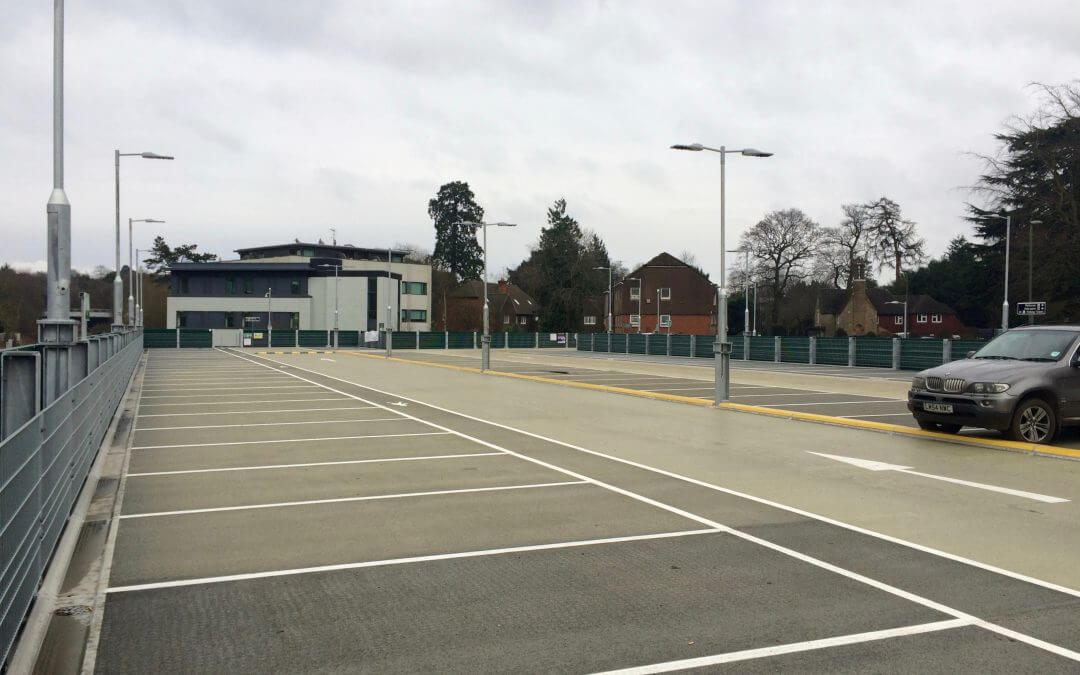 PICTURE: Part of the problem … or part of the solution? Lots of space upstairs at the Station Car Park at 16:00 yesterday.

This proposal has come under fire from town councils and chambers of commerce across the Borough – and reportedly also from some members of the borough’s overview and scrutiny committee.

If implemented, the council’s proposal will see short term parking increase to £1 for the first hour in Haslemere’s Chestnut Avenue and High Street car parks. Certain car parks in Godalming, Farnham and Cranleigh have also been targeted.

The increase is to offset an expected budget deficit – and enable the borough to proceed with plans for upgrading car parks.

But the town councils and chambers fear the increase will be detrimental to business.

Haslemere Chamber President David Goddin says: “I am pleased that the local councils have supported the chambers in the fight to safeguard the interests of business in our towns. The councils have developed an 11th hour  alternative charging structure – which could satisfy all parties.

“Whatever the outcome of the borough executive’s meeting, the budget has to still to pass through the full council later this month. I would hope that councillors representing Haslemere have the wisdom to support business in their town.

“I and other chamber leaders will be attending the annual business meeting at Waverley Borough Council  on 21 February and will be using this opportunity to make another strong plea to the council ahead of its crucial meeting, later in the day.”

He says the issue has also focused attention on the greater problem of parking in Haslemere.

“We have three remote authorities – Surrey, Waverley and South West Trains – managing most of Haslemere’s parking. We need parking for business people, shoppers and commuters, so charging strategies should be to meet the needs of all three groups.

“If we are to keep our retail areas viable and attractive to shoppers it is essential that parking is readily available.

“Given the geographical position of Haslemere and its importance as commuter station, I think we should be looking to our neighbouring authorities to help solve the promlems resulting from their people parking here.”