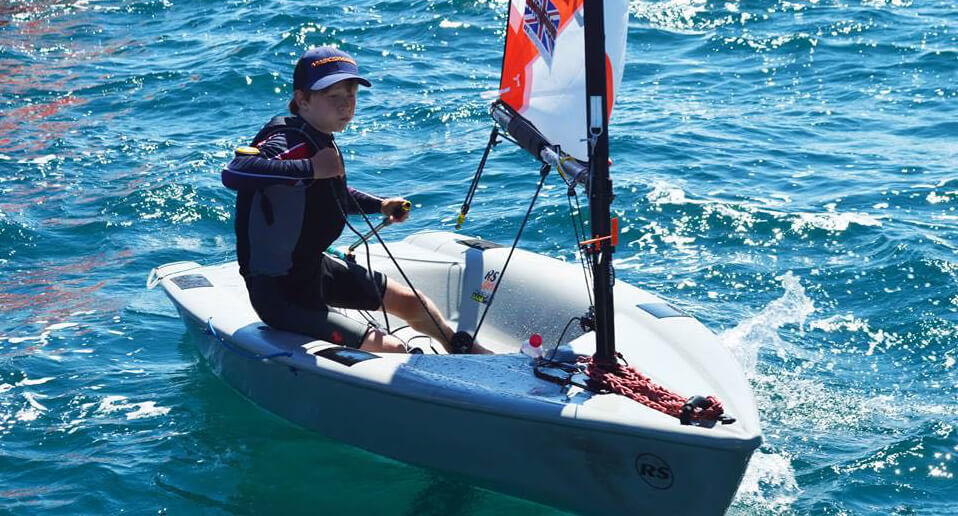 Jake Thompson (12) from Thursley, near Haslemere, is the third of four brothers in the MPI-sponsored Team Thompson Sailing. He will be at the helm of an RS Feva, crewed by Tom Ahlheid, a classmate from Weydon School, Farnham, and clubmate from Frensham Pond, where both usually sail single-handed RS Teras.

Jake is already an accomplished sailor, having attained eighth place in the Sport class at the RS Tera world championships in Santona, Spain, last summer (picture).

He is following closely in the footsteps of older bothers Ross and Johnny, who put in excellent performances at the RYA Youth Nationals earlier this year, Ross (17) taking gold in the 420 class and Johnny (15) a commendable 9th place (boys) and 20th (overall) in the same class.

Team Thompson’s involvement in the first part of Schools Week adds extra interest for MPI, which has been a sponsor for the past 10 years. Sailing insurance is a speciality within MPI’s wider travel insurance business.

Now in its 65th season at Itchenor Sailing Club, Schools Week attracts teams from many of the UK’s top schools that recognise sailing as a key sport. The first part of the week is devoted to the RS Feva events, with the remainder filled by races for the Firefly and 420 classes.

The event was first held in 1953, and was developed originally to provide competitive experience for young sailors learning on Fireflies.