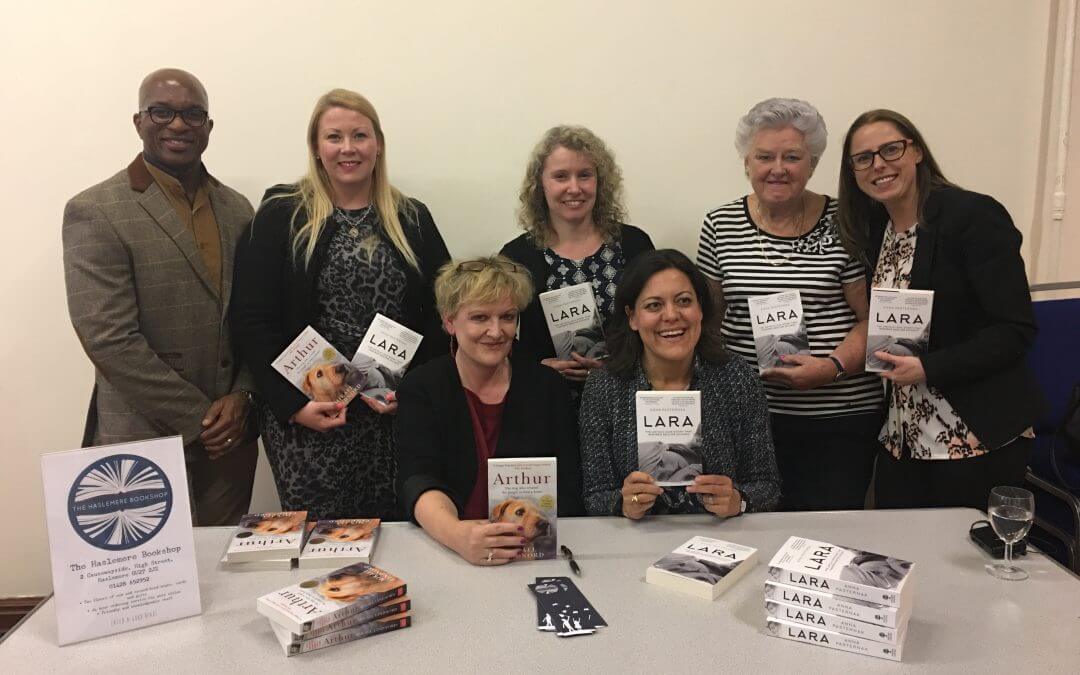 The exclusive event had a Russian theme, with speakers including journalist and novelist Anna Pasternak (great-niece of Boris Pasternak, the Nobel prize-winning author of Dr Zhivago), talking about her new book “Lara: The Untold Love Story that inspired Dr Zhivago” – the tale of the true, heartbreaking love affair between Boris and Olga Ivinskaya.

Carnival Films is currently developing Lara with Liz Trubridge, producer of Downton Abbey, for a major six-part TV series. Liz Trubridge also spoke about how she is bringing the book to the screen, as part of this stimulating evening.

The chair of the event was Val Hudson, a non-fiction publisher for nearly 30 years. She has worked at international houses such as HarperCollins and Hachette, and is now a full-time writer. In keeping with the night’s Russian theme, her first book was the bestselling “autobiography” of Aleksandr Orlov, the famous Russian meerkat with his memorable catchphrase, “Simples”. Her current book is the Sunday Times bestseller and heart-rending story of Arthur, the Dog Who Crossed the Jungle to Find a Home” which has just been sold to Hollywood for a major film.

After the talks, both authors signed books for a long queue of enthusiastic audience members, who had purchased paperbacks at the event from team members of the Haslemere Bookshop.

A fund-raising raffle organised by Haslemere Travel on the night raised more than £60, which will be donated to the museum. The raffle winner was Marquette Farley, a Haslemere Festival volunteer, who won a luxury spa day and cream tea with fizz for two at Guildford Harbour Hotel.

Gemma Antrobus, owner of Haslemere Travel said: “I was delighted with the success of our first Literary Evening as part of the Haslemere Festival. Anna, Liz and Val were all fascinating speakers and the long queues afterwards for books to be signed was testament to how much the audience had enjoyed the event. We were also delighted to raise further funds for the museum via the raffle.”