Tickets on sale for Hogs finale and auction 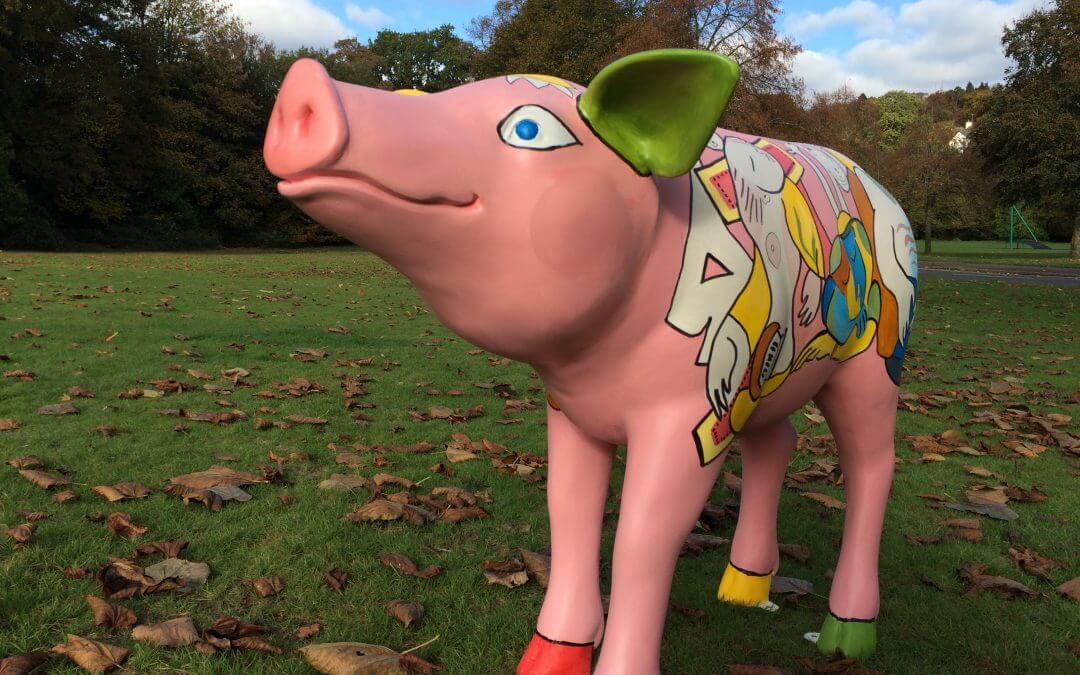 It’s almost time to bring home the bacon on the highly successful charity fundraising and local marketing initiative, Haslemere Hogs. The project, part sponsored by the Chamber, climaxes on Tuesday 4 July with a celebratory hog roast and the auction of 14 celebrity and special hogs.

Conceived originally as an add-on to the Marley Flowers 60th anniversary, the 60 hogs, painted by leading local artists and schools in the Haslemere area, have captured the imagination of old and young alike.

The community project, spearheaded by Chamber Past President and former Mayor Brian Howard, was designed to support the mayoral charities. It was also sponsored by the Town Council and numerous local businesses. Each of the hogs was uniquely painted and given an apt name reflecting word-play on the theme of hogs.

Three hogs attained stardom after being signed by Julie Walters – now honoured with a Damehood in the Queen’s Birthday Honours ­– Amanda Holden and the Stepping Out company and TV host Graham Norton.

The hogs made their only appearance in one location in an all-day event in the grounds of Haslemere Museum, which attracted more than 1,000 visitors. Since that occasion, they have been distributed around the town – many appearing outside shops and on prominent buildings.

There’s no way of telling how many people visited Haslemere specially to see the hogs during their three months on public display – but there was plenty to see for those who did. It is hoped that local businesses derived benefit from additional traffic, but it will certainly have given extra exposure to many.

At the final hogs event, to be held at Stepping Stones School, Hindhead, 15 hogs will be offered for auction. With 41 already sold just four remain available. Among these in Hog No 1 Pigasso – an honorary member of the Chamber since his debut via the Chamber’s Twitter account last November.

Pigasso also features on one of the limited edition mugs – there are just 60 of each design. The mugs, at £10 each, are available from Marley Flowers.

Tickets for the hog roast and auction are £15 each, also available from Marley Flowers or by email. For more details, click HERE