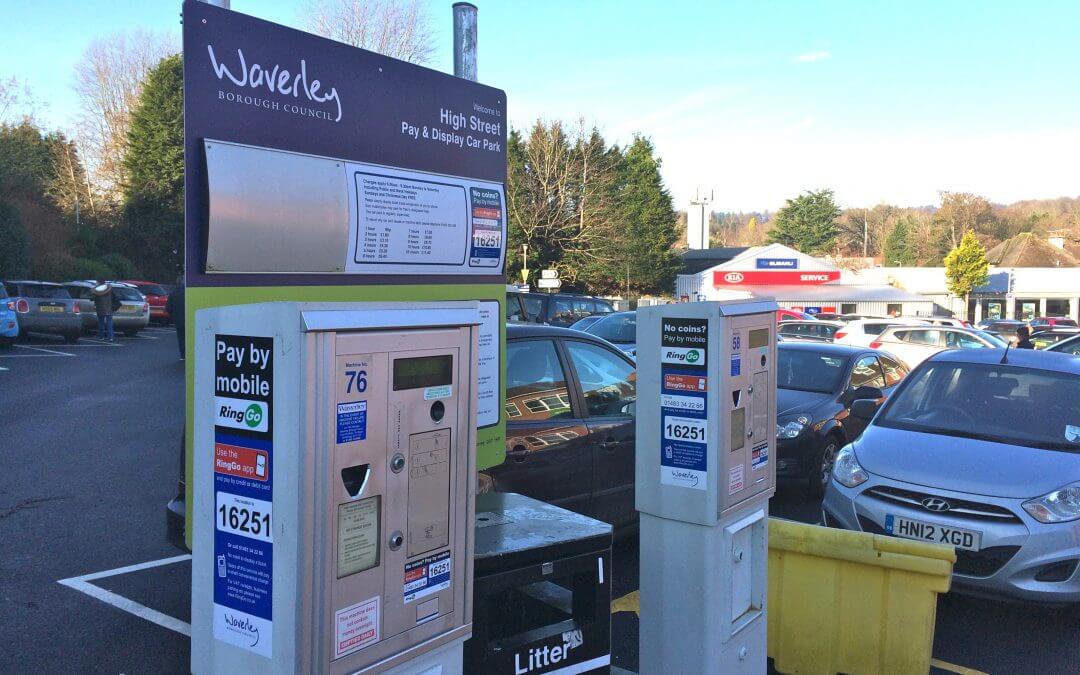 Waverley Borough Council has scrapped plans for ‘check in, check out’ (CICO) parking payments after an extended trial in Cranleigh was beset by technical problems and proved unpopular with motorists.

However, the trial revealed a preference for payment by contactless card. Parking machines in Haslemere and elsewhere that have been upgraded for this option are expected to go live shortly.

The CICO concept was trialled as a way to help the retail sector, by giving shoppers the freedom to spend more time in town centres, rather than paying in advance for a number of hours.

Meeting with representatives of the four Waverley chambers last week, the Borough’s head of parking, Richard Homewood, said the Cranleigh trial was not delivering expected benefits to the local economy.

More seriously, the system had caused significant confusion among customers.

The majority of parking transactions during the trial involved coins, while the three ‘cashless’ payment options – CICO, contactless cards and RingGo (mobile phone app)  were each less than 10% in terms of  number and value.

During the six months May to November the percentages of cashless transactions in Cranleigh showed that:

Richard Homewood said a number of issues with the CICO system had sparked complaints from motorists. Among the problems were technical issues that prevented some users from checking out.

He said: “Some of the issues are user error, but they all cause significant work for our team. We have explored ways of making the system more user-friendly, but there are restrictions on changes. Given the additional costs incurred to operate this system, compared to the uptake and perceived benefit to the local economy, it is difficult to justify this option and support its roll-out to all car parks.”

He added that by ending the trial, the borough would save £2,000 (additional costs for using the service) plus a further £2,160 for the app on enforcement officers’ equipment.

In a further development on parking, Richard Homewood announced plans to meet with town councils and chambers of commerce during 2018 in a bid to develop tailored parking and charging strategies to suit local needs in each area. This is part of a strategic review of off-street parking provision and a feasibility study to identify opportunities for increasing capacity to meet demand, improving standards of provision and maximising the yield from the council’s assets.

He disclosed that the review would include investigation of possibilities for multi-deck car parks to increase capacity where there is demand and possible disposal of smaller, less popular sites to release land for development and raise capital.