Business rates relief on the way for some 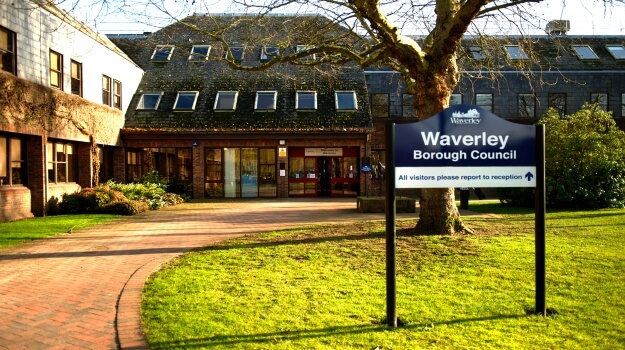 Good news for local businesses with the steepest increases in business rates – Waverley Borough Council will soon be handing out nearly £494,000 under the government’s discretionary revaluation relief scheme.

Representatives of the four chambers – Cranleigh, Farnham, Godalming and Haslemere – met with Waverley’s Head of Finance, Peter Vickers, and the Portfolio Holder for Economic Development, Andrew Bolton, today to discuss the council’s proposals for distributing the relief.

This follows the awarding of £493,796 to Waverley as its first-year share of the government’s £300 million discretionary fund to support businesses with sharply increased rates bills following the 2017 revaluation.

The revaluation has seen some dramatic increases in business rates bills ­– seven Haslemere properties, for example, are paying between £5,578 and £25,496 more this year before relief. However, most (3,160) of Waverley’s 3,948 business properties with a rateable value of less than £200,000 are paying less than or the same as last year. Government relief funding has not been provided for larger businesses with rateable values above £200,000.

Significantly, the council says it has not yet received any reports of businesses in difficulty with the increased payments, and consequently has abandoned plans to hold back some of the money for ‘hardship’ cases. It will, however, hold back a small amount to cover retrospective revaluations that may still arise.

Peter Vickers says the council is finalising details of the mechanisms for distributing the funds, and hopes to make a formal announcement shortly. He says: “The council’s rates billing systems currently limit the design of any scheme because unique adjustments to each ratepayer’s bill are not possible, therefore limiting the scheme to bandings applied to groups of bills. The proposed scheme is therefore a banded scheme based upon size of actual bill increase.

“The increases will be banded and an amount of relief applied to each band. The average increase in each band is the basis for the relief. This is then discounted by the proportion of overall funding available for distribution as a percentage of the overall value of increase for all qualifying properties. This will apply for the first three years of the scheme. The final year will be distributed by application under hardship criteria as there is only £14,108 available.”

The proposal shown to the chambers relates to the businesses with bill increases above £250, and sees the 508 affected properties getting approximately 38.5% of the average bill increase in their band repaid this year. Relief of 18.6% and 7.3% is envisaged in the following two years, after which businesses are expected to be able to meet the full amount themselves.

Waverley proposes that the scheme will compare the ratepayer’s charge on 31 March 2017 with the new charge on 1 April 2017 after all other reliefs have been awarded: mandatory reliefs, discretionary top-up relief, transition relief, supporting small business relief – but before the application of pub relief.

Businesses do not have to apply for rates relief: if they qualify, it will be applied automatically and their bills adjusted accordingly. There is no right to appeal.

The Waverley proposal has been designed to maximise the benefit to ratepayers in the simplest possible manner, to avoid burdening the borough with additional administrative costs.