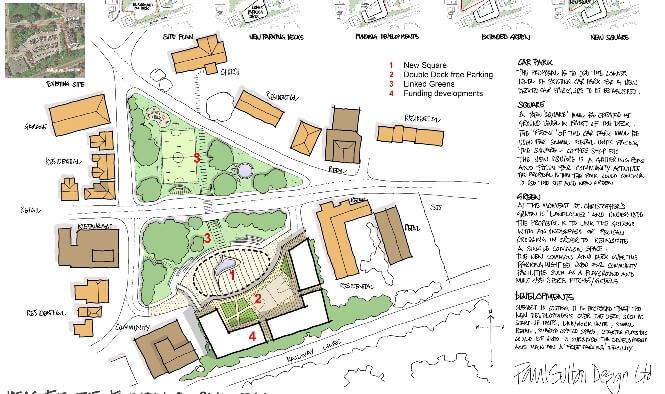 Members and other readers will no doubt be aware from recent reports that the ‘Fairground’ car park on Wey Hill is back in the spotlight – particularly last week, when Waverley Borough Council suddenly enforced the four-hour limit on short-term parking.

We understand that some of our members were among the traders whose cars were ticketed during an attempt by the council to catch commuters unable to find space in the adjoining long stay section. The council has since backed down. We have received an apology from the council and an assurance that the tickets are to be cancelled.

We urge all who received tickets to check that they have in fact been cancelled.

Last week’s events represent a new turn in the ongoing battle to produce a business-friendly and shopper-friendly solution to parking in Haslemere. It follows disclosure that the council is once again keen to progress de-registration of the entire site (it is currently common land) for the purpose of upgrading it to usual car park standards – with payment machines.

This might solve the inequality of commuters – some of whom may be Sussex or Hampshire residents – benefiting from free parking in Haslemere,  just a short walk from the station. It might also provide an additional much-needed revenue source for the council. On the other hand, it would be unlikely to help Wey Hill traders or shoppers.

The Chamber’s view has not changed materially since 2014, when the de-registration issue last arose. If the site is to be de-registered, it should be only for the purpose of developing a significant community asset. If it is lost to a Council car park, it will never be more than a blot on the landscape.

Back in 2014, architect Paul Sutton created a conceptual drawing for the Chamber, to show how the site might be developed (see main picture). His design retained greenery to link with St Christopher’s Green, opposite, and included underground parking topped by a public square and development of multi-storey buildings to make the development viable.

We are not alone: Haslemere Vision has similar thoughts on a mixed development of the site.

Multiple issues would need to be addressed before any such concept could be turned into reality, but the point is that the site could be developed to breathe fresh life into Wey Hill – all day, rather than just a brief flurry after the 19:05 from Waterloo and other evening arrivals.

Waverley has already announced that it intends to hold talks with the chambers and local councils in Haslemere, Godalming, Farnham and Cranleigh to discuss parking charging strategy. We would hope that such an opportunity would, in Haslemere at least, also involve all the other parking providers so that an integrated parking strategy can be developed for the benefit of all the town’s businesses, residents, commuters and visitors.

Waverley’s new Portfolio Holder for Economic Development is Haslemere’s Jim Edwards, himself a former Wey Hill trader. The Chamber is due to meet with him soon. – David Goddin, President