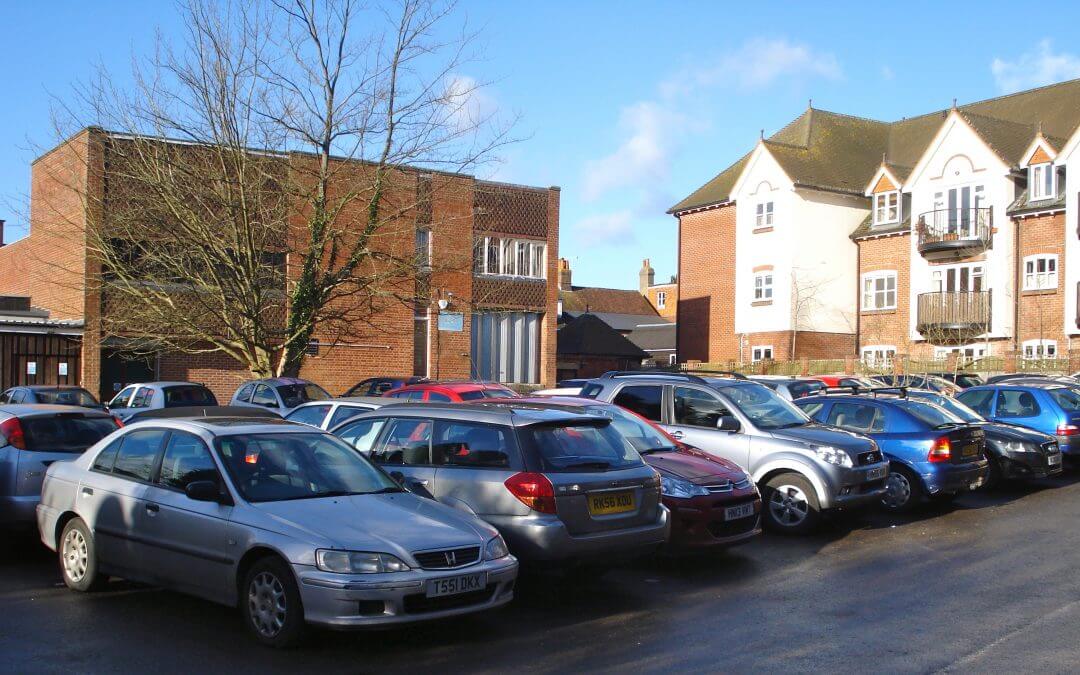 Hopes of creating a Chamber-run, low-cost, town centre parking solution –  primarily for employees of member businesses – have been dashed with the announcement that the proposed site is soon to become a pay and display car park.

The site, accessed from the High Street, is leased by the Co-op. It currently provides the only significant area for free, off-street parking in the town centre.

This week, the Co-op’s property agent informed the Chamber and the Town Council that the site is to be ‘secured’ at the end of this week, prior to contractors moving in to make improvements, including installation of car park machinery. A commercial parking operator has been appointed.

Some four years ago, Haslemere Chamber identified the site as an ideal location to deliver a unique service to members and their lower-paid workers.

Negotiations between the Chamber and the Co-op’s then agent focused on a scheme to provide income for both the Co-op and the Chamber – as well as reasonably priced, access-controlled parking for 45 cars. The negotiations were protracted and inconclusive, although coming close to agreement.

Changes in the Co-op’s property team about a year go included the appointment of a new agent, with whom the Chamber tried to engage, but was informed there was no mandate for the Haslemere High Street site.

Chamber President David Goddin says the latest news is a bitter blow to the town.

He says: “The plan initiated by my predecessor was specifically designed to avoid a commercial parking solution, probably with charges on a par with those in the borough-run car parks.

“We knew the Co-op would eventually want a better performance from its asset. We were concerned that free parking was being abused, and recognised the need for affordable parking for in-town employees. Our solution ticked all the boxes.

“There is little room for sentiment in business, but it is sad that the Co-op should – despite its now much-diminished presence in the town – miss an opportunity to ‘give something back’ to Haslemere after its long and cordial relationship with local people.”