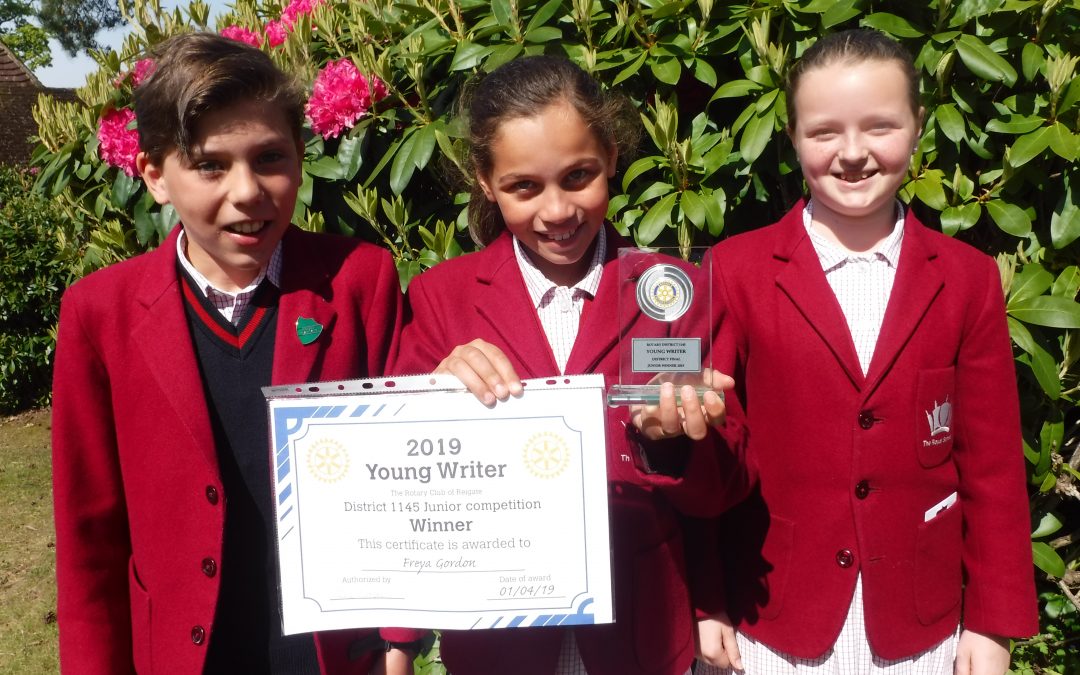 ROYAL JUNIOR AND SENIOR SCHOOL PUPILS SWEEP THE BOARD

Helena (9R), won the local competition for the second year in a row, with Pelagia (9R) and Millie (7M) achieving second and third place in the Intermediate competition. The theme of the competition was My Inspiration and Helena’s piece was a cleverly structured dual narrative mirroring Scott’s Antarctic expedition with a modern day expedition.

Further success was also had by the Royal Junior School boys and girls who entered in the Junior category. Nathan (Prep 6HU) and Isla F (Prep 6DE) scooped second and third places respectively, with Freya (Prep 4OM) achieving a well-deserved first prize. Even more sensational was the news that Freya’s story also went on to win the South East round of the competition: a fabulous achievement indeed!

Representatives of the Rotary Club, Mr Drummond and Mr Duffy visited The Royal School to award the pupils their prizes on Monday 13 May. 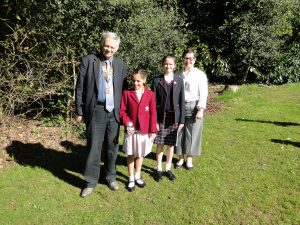 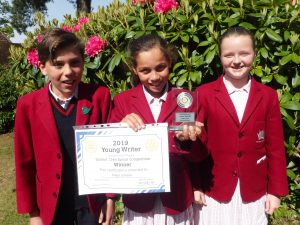