Runners (and drinkers) take part in the Boxing Day Run 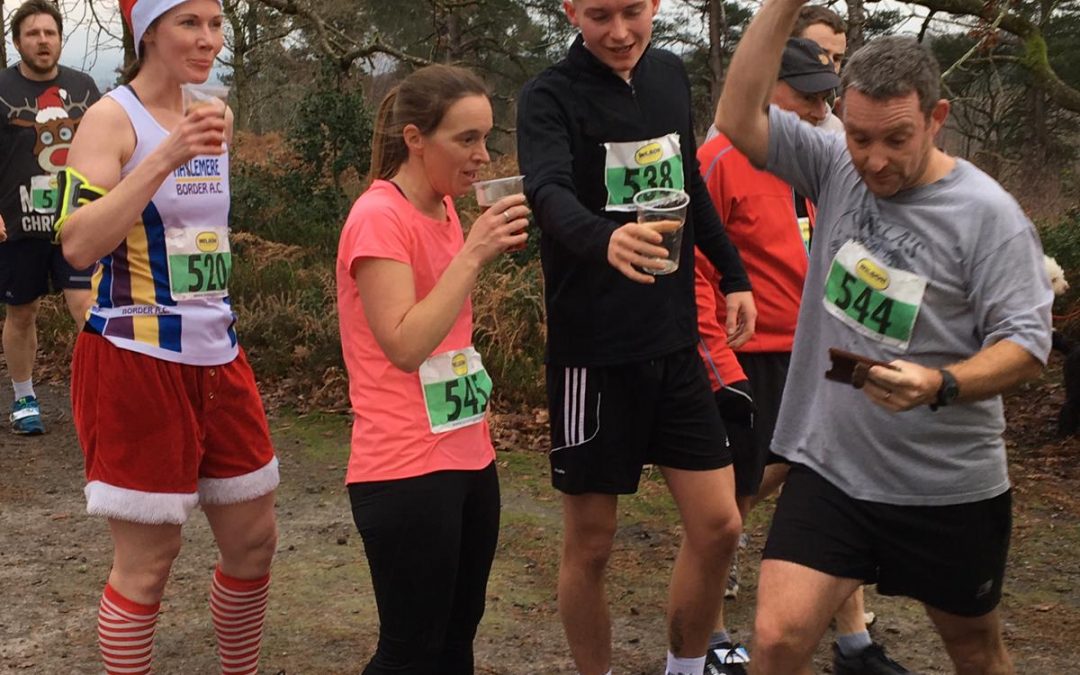 Hundreds of runners donned their trainers on Boxing Day for this year’s Boxing Day Run in aid of Holy Cross Hospital, and some of them even stopped for a pint along the way!

The 3.5-mile event is organised each year by Haslemere resident Matt Dellar and takes participants along a scenic route on Hindhead Commons encompassing the Devil’s Punchbowl and Gibbet Hill. The run includes a drinkers’ race and a non-drinkers’ race, with prizes for the fastest woman and fastest man in each race. In the drinkers’ race, participants enjoy a pint of ale half way round.

Dr Ross White, Chief Executive at Holy Cross Hospital says: “We are enormously grateful to Matt and his team for once again organising this really fun but nevertheless highly competitive event. I would also like to thank the many runners and spectators who came out to take part and donate to Holy Cross.”

Holy Cross Hospital is a highly specialist hospital located just a short distance from where the run is held. It cares for adults with very complex needs that have often been caused by profound brain injuries or serious neurological conditions.

Speaking after the run, organiser Matt Dellar said: “The Boxing Day Run has grown year on year in popularity; places in the drinkers’ race ran out very quickly indeed this year! The run is very well supported by residents from Haslemere and surrounding villages, but we also see people coming from further afield too. I’d like to congratulate everybody who completed the run and particularly the winners in each category.”

Participants in the non-drinkers’ race paid £12 to take part and drinkers paid a little more. Every penny of the money raised is passed on to the hospital thanks to the additional support of several local businesses, including Wilson Electrical Distributors Ltd, The Devil’s Punchbowl Hotel, The Hogs Back Brewery and the Sports Locker. Each runner was also issued with a timing chip, provided by Race Timing Solutions so that all times could be published on the official Boxing Day Run website.