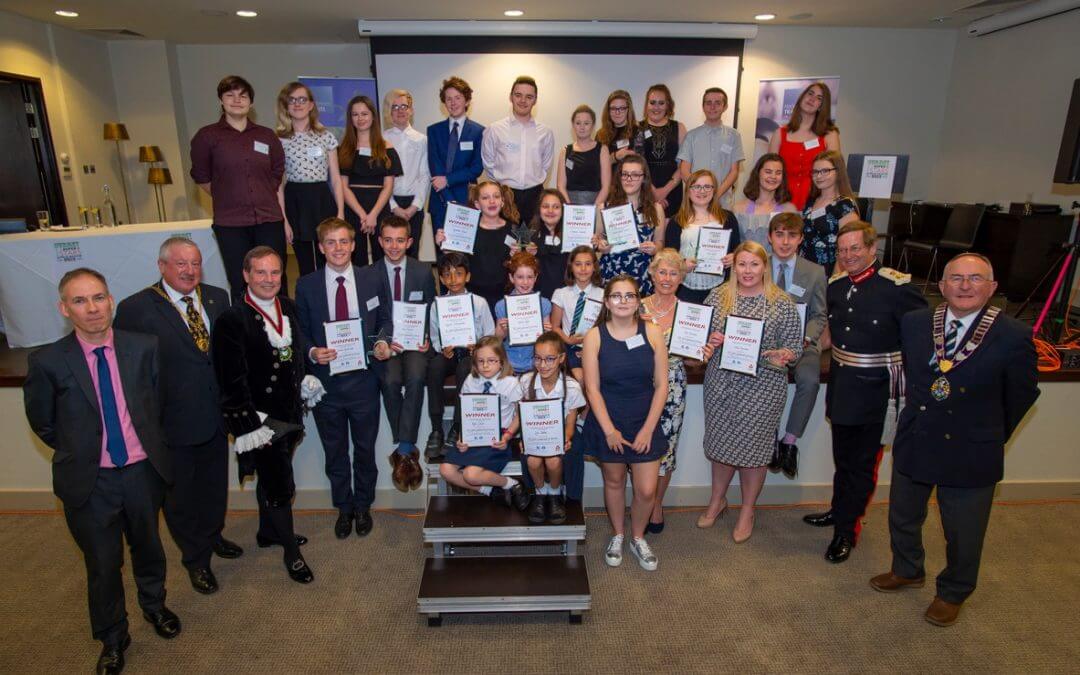 More than 30 deserving young people, aged from 7 to 19 years-old and from all areas of Surrey, were rewarded at Sunday’s Surrey Young Superstars 2018 awards, receiving their trophies and certificates from H.M Lord-Lieutenant of Surrey, Mr Michael More-Molyneux at a special awards ceremony at the Guildford Harbour Hotel (3.00pm, Sunday, May 6th 2018).

The 2018 award categories and their winners are:

The overall winner of the top award, Superstar of the Year 2018, was Isla Morrison. Sadly Isla was unable to attend the awards ceremony and her award was collected on her behalf by a governor of Sir William Perkins’ School, Mrs Melanie Duke. Isla was later presented with her trophies and certificates by Mrs Gemma Antrobus, owner of Haslemere Travel in a special ceremony, attended by her parents, at the Haslemere shop.

The 2018 winners were also joined on the day by all the young nominees who received Highly Commended certificates.

The special Surrey Young Superstars 2018 awards ceremony – which included a delicious cream tea reception – was also kindly attended by the High Sheriff of Surrey, Mr Jim Glover and Mrs Cath Glover; Nigel Manning, Mayor of Guildford and Mayoress Marsha Moseley; Mr Malcolm Carter, Mayor of Haslemere, as well as all of the young award winners, their families and other nominees from all corners of Surrey.

Gemma Antrobus, owner of awards organiser Haslemere Travel, said: “Now in their sixth year, once again Surrey Young Superstars was a wonderful showcase for deserving young people in Surrey – demonstrating their community spirit, unsung bravery and hard work. The judges were hugely impressed by the entries received – especially in the Volunteering and Community categories – and the Haslemere Travel team wishes many congratulations to all of the very worthy winners.”

“ I am delighted that NatWest has once again sponsored Surrey Young Superstars. The young people who entered the awards are inspirational and it is great to know that the event will be something they remember and be rightly proud of for many years to come.”